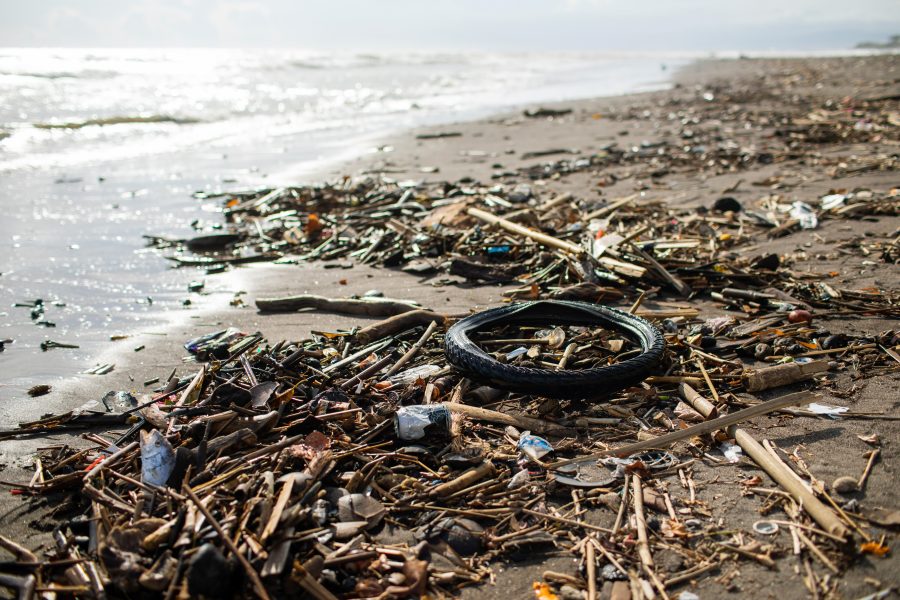 The ‘top-5’ countries throwing plastic waste in the oceans

Individual efforts alone can’t fully stop the 8 million tonnes of plastic that make their way to the ocean each year, and with four of the five worst ocean polluters in Southeast Asia, the region’s governments must act. THAI zero-waste advocate Thanaboon Somboon never leaves his home without what he calls a full “weaponry” of reusable shopping bags, coffee tumblers and stainless-steel straws for his daily battle against single-use plastic.

“I saw news of trash overflowing the world…sea animals dying from eating plastic…I felt I must do something,” says the 48-year-old entrepreneur, who leads an online community of more than 20,000 people seeking to practise a waste-free lifestyle. But individual efforts alone can’t fully stop the 8 million tonnes of plastic that make their way to the ocean each year, and with four of the five worst ocean polluters in Southeast Asia, the region’s governments must act, he says. “Policymaking to address the issue must be treated with urgency as well,” said Thanaboon. A summit for leaders of the 10-member Association of Southeast Asian Nations (ASEAN) being hosted by Thailand this weekend is expected to adopt the Bangkok Declaration on Combating Marine Debris in ASEAN Region.

Thailand, the current chair of the group, has lauded the declaration as a “big step” for the region, whose coasts have seen whales and sea turtles wash up dead in recent years with large amounts of plastic rubbish in their stomachs. ASEAN members Indonesia, the Philippines, Vietnam and Thailand are among the five countries throwing the most plastic waste into oceans, according to a 2015 report co-authored by environmental campaigner Ocean Conservancy.

China is the worst offender. “Every ASEAN country agrees that marine debris is a common problem that we must address urgently,” Wijarn Simachaya, permanent secretary of Thailand’s Ministry of Natural Resources and Environment, told Reuters. Unlike the European Union’s central bans and targets, Wijarn said the ASEAN declaration would outline broad ideas but it would be up to each country what it would take home to implement. “This declaration will be a new milestone, but it will be just words on paper if there is no change in policies,” Tara Buakamsri, director of Greenpeace Thailand, told Reuters. He said ASEAN countries should urgently all ban single-use plastic first for the declaration to be effective

. “There is no other way,” Tara said. Globally, up to five trillion single-use plastic bags are used each year, according to the United Nations Environment Programme. Of 300 million tonnes of plastic waste the world produces annually, eight million end up in the oceans, killing marine life and entering the human food chain, it says. According to Ocean Conservancy, 60 per cent of the debris comes from China and the four ASEAN nations. “It’s a good step as this is the first time ASEAN formally acknowledges the issue of marine debris,” said marine biologist Thon Thamrongnawasawat. Each year, Thailand generates about two million tonnes of plastic waste, only about 25% of which gets recycled. The rest goes to incineration or landfill, where about 50,000 to 60,000 tonnes leak into the ocean.

Environmentalists commend initiatives by some major retailers to cut back on plastic bags but say most businesses will not act unless there is a stricter push from policy initiatives. CP All, which operates over 10,000 7-Eleven convenience stores across the country, said it has saved 464 million bags from circulation since December, donating more than 92 million baht saved from the process to public hospitals around the country.

“There should be designated places for every single item to go. If things are piled up somewhere, they can leak into the ocean,” he said. “Producers should also be made responsible for taking back the single-use plastic they produce … This might make them think twice about producing single-use packaging.” Source: hindustantimes.com