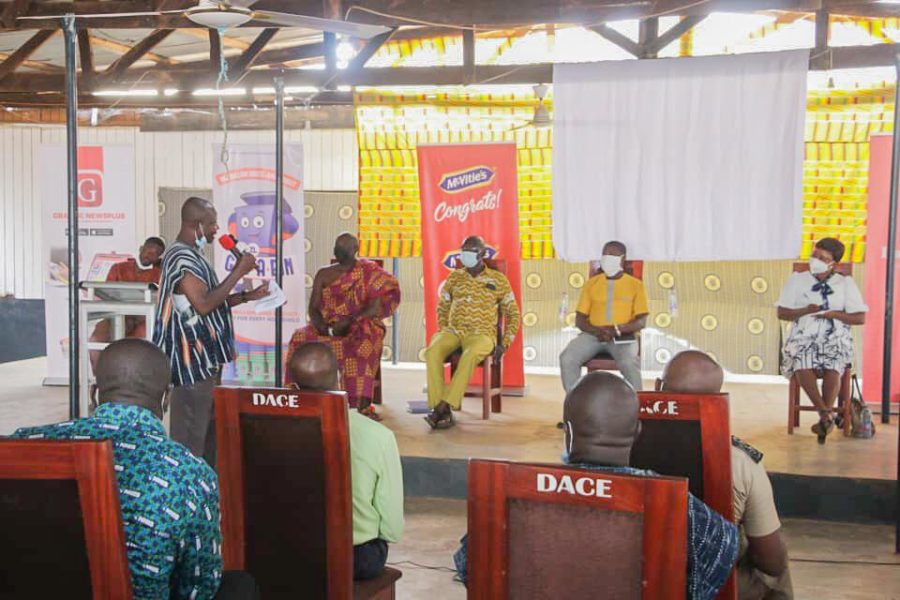 The Oti Regional Minister, Mr. Joshua Markubu has disclosed that the region will institute a special sanitation court system that will seat on specific days to prosecute sanitation related offences.

This Initiative he indicated will help enforce the sanitation laws of the country and develope the right attitudes among the residents as issues of sanitation malpractices is gradually gaining notoriety in the region.

He added that ” Let us hold our politicians accountable by not voting for them for failed sanitation practices. I have vowed not follow any citizen to the police stations who have been arrested as a result of sanitation offences. Let us be guarded and behave right”.

The Political Editor of the Daily Graphic Newspaper, Mr. Albert K. Salia in a statement read on behalf of the Editor of the Newspaper indicated that the company as an impactful business set aside this year in collaboration with Zoomlion Ghana Limited to create sanitation awareness in all the regions of Ghana.

He said the Oti region being one of the newly created region has its own challenges of which sanitation is key among them.

A pannel discussion session was held among key stakeholders in the sanitation sector of which attitudinal change and enforcement of our laws was agreed to be the main catalyst for improved sanitation.

The Chairman for the occasion, Gyasehene of Chonke Traditional Area, Chakpa Kwame II in his remark entreated residents to accept sanitation as a shared responsibility and be responsible for clearing their immediate environment.

Skip and compaction trucks were busily shuttling in between and collecting the waste immediately it was gathered.

The Director of Communications and Corporate Affairs of Zoomlion Ghana Limited, Madam Emma Adwoa Appiah Osei-Duah in an Interview admonished residents to be responsible for their immediate environment as Zoomlion is working hard every day to keep the oti region clean.

She condemned the open defecation and indiscriminate littering around the lake side as appalling and encouraged the assembly to enforce their bye-laws and punish those engaging in sanitation offences.

The sanitation awareness campaign is a nationwide exercise being undertaken by Graphic Communications group and Zoomlion Ghana Limited to educate community members on the need to keep their environment clean.

The campaign which was launched in Accra on April 28, 2021 have witnessed stakeholders visiting the Ashanti, Eastern and Volta regions respectively to engage community members on the need to engage in good sanitary practices.

The team will be visiting the remaining regions with the hope that Ghana can become one of the cleanest country in Africa.