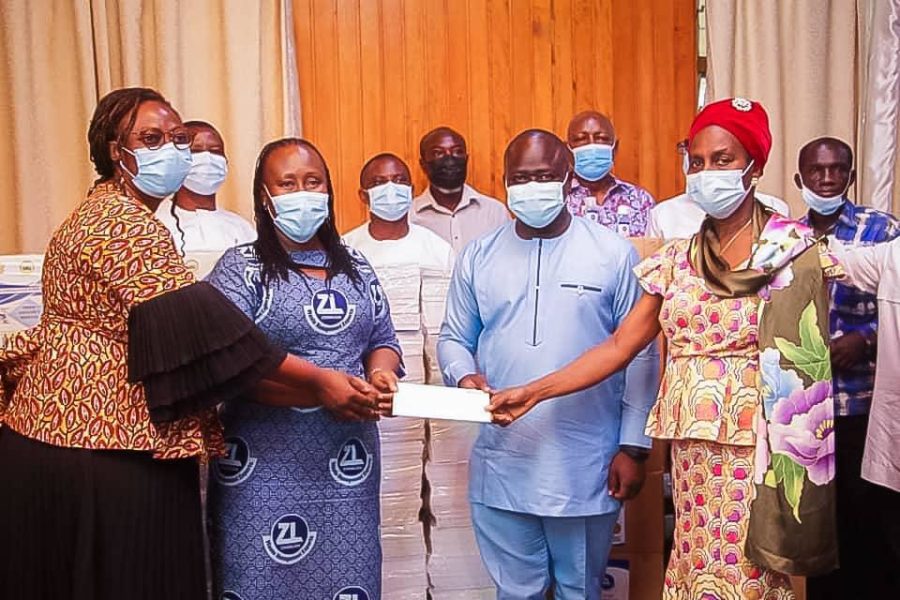 The Jospong Group of Companies through its affiliate Zoomlion Ghana Limited has donated a number of items and services in support of the 2021 Population and Housing Census.

The items include 100,000 pieces of hand sanitisers, the printing of 40,000 copies of field officer’s manual, disinfection of training centres and other logistical support among others to undertake exercise at the various centres.

The donation follows an appeal by the Ghana Statistical Service and the Population and Housing Census Secretariat to corporate Ghana to support its activities due to financial and other constraints.

The Managing Director of Zoomlion Ghana Limited, Mrs Gloria  Opoku Anti who  made the donation to the Ghana Statistical Service in Accra indicated that the support is in line with the company’s mission of improving people’s lives and their environment.

She noted that as a Ghanaian company, they appreciate the value of such census especially in the area of environmental sanitation and the total planning of the nation.

“The outcome of this exercise will be beneficial since the data gathering will include that of waste management and will help for improved provision of Sanitation facilities to achieve the SDG goal 6”, she pointed out.

Professor Samuel Kobina Anim, The Government Statistician and Chief Census Officer,  receiving the items on behalf of the Secretariat expressed gratitude to the Jospong Group of Companies for coming to the aid of the service as it needed extra material and logistics to support execute the Census project while observing all Covid-19 preventive protocols.

Accompanied by members of the Census Board and other executives of the Ghana Statistical Service, Prof Anim said commended the  Executive Chairman of  the Jospong Group, Dr Joseph Siaw Agyepong for his prompt response to the appeal by the Secretariat.

Prof. Annin added that through this citizens generated data, “the team will collect data on waste management and it is strategic to partner to share data per structure and predict waste volumes of generation”.

He appealed to other private companies to emulate the example of the Jospong Group as such an initiative provides critical data for national development.

A population census is the official enumeration of all persons in a country at a specified time by collecting, compilation, evaluation, analysis, publication and dissemination of demographic, social and economic statistics relating to the population.