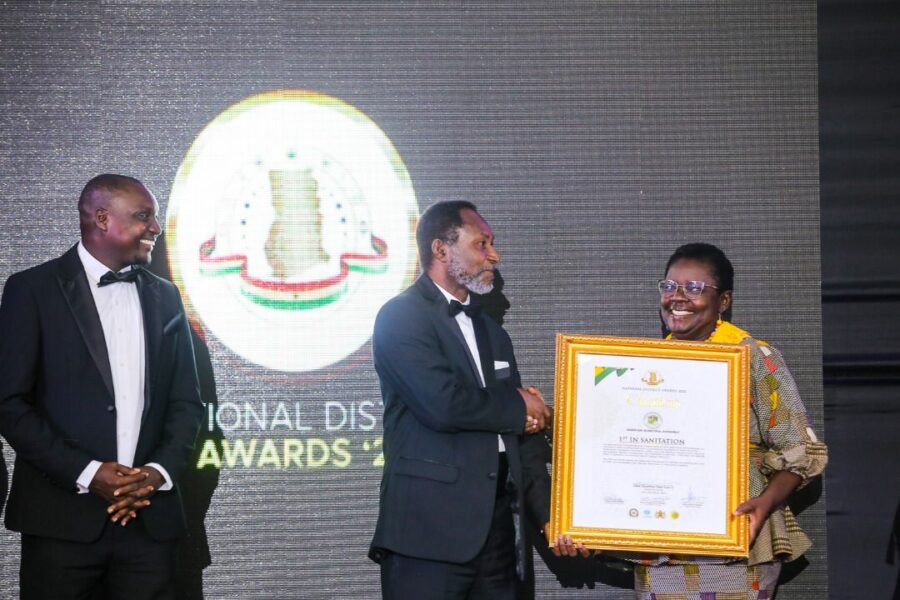 The Adentan Municipal Assembly (Adma) has been awarded the 2021 overall best assembly in the Water, Sanitation and Hygiene (WASH) sector at the maiden Ghana District Awards.

The award which was organized at the Great Hall of the Kwame Nkrumah University of Science and Technology (KNUST) in Kumasi by the Millennium Excellence Foundation (MEF) in collaboration with the National Development Planning Commission (NDPC) and sponsored by Zoomlion Ghana Limited named Adma as the overall best in sanitation after the Assembly emerged first in sanitation in the 2021 District League Table.

The Municipal Chief Executive of Adma Hon. D.A Nii Noi Adumuah in a statement expressed appreciation to MEF, NDPC and its sponsors for recognizing the efforts of the Assembly in ensuring that the people had access to WASH related services within the Municipality.

Waste Management Company, Zoomlion Ghana Limited who sponsored the event and in a statement read on behalf of the Executive Chairman of Jospong Group of Companies, Dr. Joseph Siaw Agyepong lauded the organizers for awarding efforts been made to improve sanitation within the various MMDAs.

He said waste management within the assemblies is improving due to the huge infrastructure been developed to effectively manage waste.

Dr. Agyepong noted that the construction of Integrated Recycling and Compost Plants (IRECOPs) in all 16 regions of Ghana will create value for our waste by recycling them into other reusable products.

He added that Zoomlion Ghana Limited will continue to support the MMDAs to improve upon sanitation.

The Chairman of NDPC, Prof. George Gyan-Baffour who spoke at the ceremony said the award was not an assessment of the performance of the District Chief Executives per se but to serve as a yardstick for other districts to emulate while “at the same time encouraging the performing districts to shine”.

He pointed out that the introduction of the award scheme would strengthen and deepen options by encouraging the Districts and the authorities to work towards achieving high performance in the delivery of quality service to the citizens in the area of WASH.